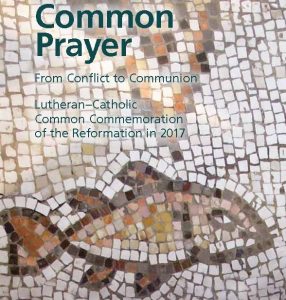 Too often, denominations fiercely defend their theological differences rather than celebrate their agreement regarding items of faith.  This coming Sunday, October 29, Archbishop Etienne of the Archdiocese of Anchorage, and Bishop Shelley Wickstrom of the Alaska Synod of the Evangelical Lutheran Church of America (ELCA) will come together to preach at a service commemorating the 500th anniversary of the reformation.  They will be using a liturgy first used under the leadership of Pope Francis and Lutheran World Federation General Secretary Martin Junge in Sweden last October. In so doing, they will be join others around the world in sharing in this commemoration.

This special service will be held at Our Lady of Guadalupe co-cathedral on Wisconsin Street, Sunday, October 29 at 2 p.m.

Last year the Vatican released a statement regarding these special worldwide commemoration services. “In 2017, Lutheran and Catholic Christians will commemorate together the 500th anniversary of the beginning of the Reformation. Lutherans and Catholics today enjoy a growth in mutual understanding, cooperation, and respect. They have come to acknowledge that more unites than divides them: above all, common faith in the Triune God and the revelation in Jesus Christ, as well as recognition of the basic truths of the doctrine of justification.” Source — http://www.vatican.va/

In commenting about the Lutheran perspective on this service, Bishop Shelley Wickstrom said, “Our shared commemoration reflects a deepening conviction that because of Christ, what unites us is stronger than what divides us.  The liturgy we use in this commemoration is one being used around the world by Roman Catholics and Lutherans and first used by Pope Francis and members of the Lutheran World Federation in Oslo. It includes statements of how we have not been charitable to each other.  There are Lutherans who grew up hearing they should not date Catholics (or Norwegians, Swedes,…) The same is true for Catholics in regard to Protestants.”  (I’m sure many of us can recall hearing similar statements as this. Growing up Protestant, I heard them in my home.)
“This shared commemoration”, continued Bishop Shelley, “also acknowledges the differences that remain between our two traditions. My prayer is that our common prayer and confession will open hearts and minds to what God would have us do in Christ’s name for the sake of the future God prefers for us all.”
Following the service, a reception will be held in the adjoining Lunney Center.
I wonder, if there were more commemorations like this, whether some of the divisiveness so prevalent in our current society might be ameliorated. I look forward to attending this special service.
Chris Thompson
churchvisits@gmail.com