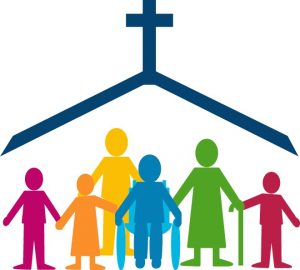 I recently attended a church service where a wide variety of church members took part in the Sunday service. To me this was an indication of a strong, healthy, and involved church, helping make the service more interesting and representative of that church.

Several years ago, in contrast, I attended a church service where the opposite was observed. I was ignored by the greeters, and the service was conducted solely by a pastor and and a single church musician, a bit much for a lengthy service.

The results were astounding! Ranking each denomination by involvement, the study indicated that the overall averages were 30% for high involvement, 58% for medium involvement, and 12% for low involvement.

The study report states the high medium level of involvement for Mainline Protestant, Catholic, (and presumably Orthodox Christian) is due to, “…while many of their members attend religious services, they do not participate in a prayer or Scripture group on a weekly or monthly basis.”

I enjoy visiting churches which exhibit a high degree of involvement encompassing all members, regardless of age. They seem to exhibit a passion for connection, which to me, is the heart of the gospel. Dying churches seem to be floundering in a tidal wave of lack of member support. Take a look at the study to see how your denomination fares.